The European Union adopted a new €297 million assistance package to support refugees and host communities in Jordan and Lebanon via the EU Regional Trust Fund in Response to the Syrian Crisis. The EU has also decided to extend the mandate of the Trust Fund which will allow the Trust Fund’s projects to run until the end of 2023. 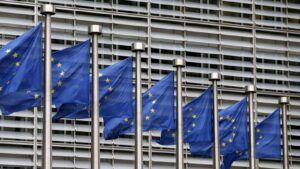 Commissioner for Neighbourhood and Enlargement Olivér Várhelyi commented: “The newly adopted assistance package will provide further support to refugees and host communities when it comes to livelihood, social protection, affordable quality healthcare, water and wastewater infrastructures. The work of the EU Trust Fund has been instrumental in providing vital assistance to refugees fleeing from the Syrian war and to countries hosting refugees. The extension of the EU Regional Trust Fund in response to the Syrian Crisis allows us to continue our support to people in need and to the whole region.”

The assistance package consists of the following actions in support of refugees and host communities:

The new assistance package was adopted by the EU Trust Fund’s Operational Board, which brings together the European Commission, EU Member States, and Turkey. Observers of the Operational Board include Members of the European Parliament, representatives from Iraq, Jordan, Lebanon, the World Bank, and the Syria Recovery Trust Fund. With this newly adopted package, the Trust Fund has committed over €1.8 billion in concrete actions in the region, helping refugees and host countries alike.

Report of the European Union Agency for Fundamental Rights: The reality of Member States’ migration policies 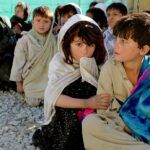 Afghan refugees: €21 million in humanitarian aid in Pakistan and Iran

Report of the European Union Agency for Fundamental Rights: The reality of Member States’ migration policies

Afghan refugees: €21 million in humanitarian aid in Pakistan and Iran