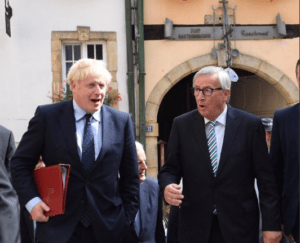 The aim of the meeting was to take stock of the ongoing technical talks between the EU and the UK and to discuss the next steps.

President Juncker recalled that it is the UK’s responsibility to come forward with legally operational solutions that are compatible with the Withdrawal Agreement. President Juncker underlined the Commission’s continued willingness and openness to examine whether such proposals meet the objectives of the backstop. Such proposals have not yet been made.

The Commission will remain available to work 24/7. The October European Council will be an important milestone in the process. The EU27 remain united.

President Juncker will travel to Strasbourg later today and will address the Plenary session of the European Parliament on Wednesday morning.