Reacting to the press conference by the German Chancellor and the French President, President von der Leyen said: 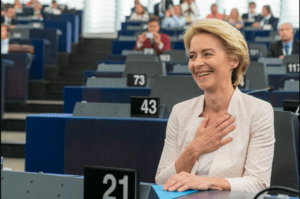 I welcome the constructive proposal made by France and Germany. It acknowledges the scope and the size of the economic challenge that Europe faces, and rightly puts the emphasis on the need to work on a solution with the European budget at its core. This goes in the direction of the proposal the Commission is working on which will also take into account the views of all Member States and the European Parliament

The Commission is convinced that the economic recovery strategy has to base itself on three different pillars that operate together:

Together these plans need to enable Member States and businesses to weather the crisis and then launch the massive investments required to bring the European economy back on track.

Statement by the European Commission