State of the EU: COVID-19, recovery, climate and external policy 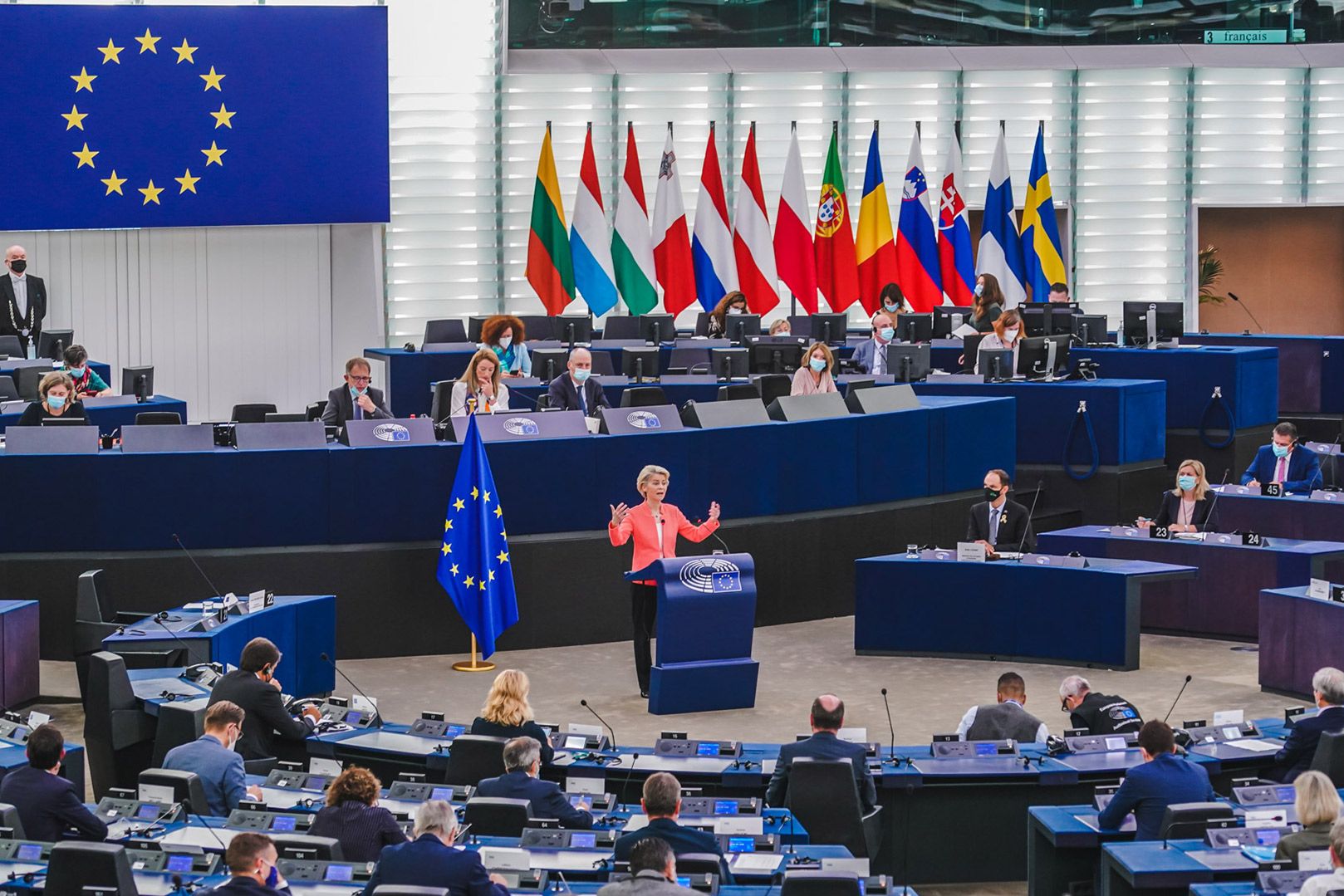 “Our Union will be stronger if it is more like our next generation: reflective, determined and caring. Grounded in values and bold in action. This spirit will be more important than ever over the next twelve months.”
Ursula von der Leyen, President of the European Commission

Charting the course for the year ahead

In the Union address on 15 September 2021, President of the European Commission Ursula von der Leyen outlined flagship initiatives which the Commission plans to undertake in the coming year. They will among others include:

MEPs quizzed Commission President  about the EU’s most immediate challenges. President of the Commission Ursula von der Leyen started her second State of the European Union address highlighting that, in the biggest global health crisis for a century, the deepest global economic crisis for decades and the gravest planetary crisis of all time, “we chose to go it together. As one Europe. And we can be proud of it”. She stressed that Europe is among the world leaders in vaccination rates, while sharing half of its vaccine production with the rest of the world. Now the priority is to speed up global vaccination, continue efforts in Europe and prepare well for future pandemics.

Looking ahead, she noted that “digital is the make-or-break issue” and announced a new European Chips Act, bringing together Europe’s world-class research, design and testing capacities and coordinating EU and national investments on semi-conductors. On climate change, von der Leyen made clear that “since it is man-made, we can do something about it”. She highlighted that, with the Green Deal, the EU was the first major economy to present comprehensive legislation in this area and promised to support developing countries by doubling funding for biodiversity and pledging an additional €4 billion for climate finance until 2027 to support their green transition.

Speaking about foreign and security policy, she called for a European Cyber Defence Policy and a new European Cyber Resilience Act and announced a summit on European defence to be held under the French Presidency.

Manfred WEBER (EPP,DE) pointed to the social and economic consequences of the COVID-19 crisis and said that Europe urgently needs to create new jobs, also in the health sector where the EU is leading with COVID-19 vaccines. He pleaded for an EU-US trade emergency programme for the transport and mobility and digital sectors and a plan to cut bureaucracy. European defence should be strengthened with a rapid reaction force, and Europol turned into a European FBI, he concluded.

Iratxe GARCÍA (S&D, ES) assessed the EU’s fight against the pandemic and its consequences positively: “70% of the population is vaccinated, freedom of movement is again a reality and NextGenerationEU funds are already being distributed”. The transition towards a green economy is also on track, she added, but “we have not done enough to ensure the wellbeing of citizens”, noting that the crisis has exacerbated inequalities and hit the most vulnerable harder.

Dacian CIOLOŞ (Renew, RO) complained that too often, the Commission has been engaging in diplomacy with the Council instead of engaging in policy-making with the Parliament. Emphasising that European values are the foundations of our Union, he urged the Commission to start using the conditionality mechanism set up to protect the EU budget from breaches to the rule of law-in force for almost a year but never applied-, to stop financing illiberal movements in many parts of Europe where judicial independence is being eroded, journalists murdered and minorities discriminated against.

Philippe LAMBERTS (Greens/EFA, BE) demanded more climate ambition: “faster, higher, stronger: it is high time to apply the Olympic goals to our efforts to save the planet”. He also asked for changes in the fiscal and social systems to ensure a dignified life for all. On external policy, Lamberts noted that only by sharing sovereignty could the EU become a “heavyweight” on the world scene, and made clear that “’Fortress Europe’ will never be a respected geopolitical player”. Finally, he regretted that EU countries’ main concern over Afghanistan is to avoid any Afghan putting their feet on European territory.

EU citizens do not need “flowery speeches”, they just “want to be left alone”, said Jörg MEUTHEN (ID, DE). He criticised the Commission’s plans of “massive expenses” – for the Green Deal, for the recovery fund, for “Fit for 55”, which citizens would have to pay for in the end. He warned of growing bureaucracy and deplored the transition towards green energy, pleading for more nuclear energy.

Raffaele FITTO (ECR, IT) warned that “the NextGenerationEU resources alone are not enough” and demanded a reform of the Stability Pact. He also called for a change in state aid rules and a more autonomous trade policy. “The environmental transition cannot be tackled without taking into account what is happening in the world and especially the impact on our production system”, he added. On rule of law and Poland, Fitto denounced “a political imposition by a majority that does not respect the competences of individual states”.

According to Martin SCHIRDEWAN (The Left, DE), Ms von der Leyen has praised herself but not delivered any answers to today’s problems. He demanded that patent protection for vaccines be removed and deplored that the 10 richest billionaires in Europe have further increased their fortunes during the pandemic while one in five children in the EU is growing up in or at risk of poverty.

You can listen to the individual interventions

Watch the full debate and a selection of extracts from the group leaders’ speeches. 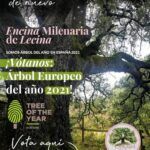 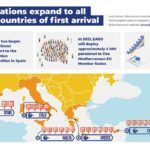 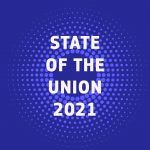 State of the Union Debate: Watch it live here

State of the Union Debate: Watch it live here