Worldwide nearly 75 million children have limited or no access to school because of conflicts or natural disasters. Education is a fundamental human right. In humanitarian crises, it means safety and protection. It gives children the necessary skills to build a more prosperous future for themselves and their countries.

The European Commission has announced today an unprecedented €164 million for Education in Emergencies projects in 2019. Together with international and Belgian celebrities as well as around 400 students, the Commission has launched a social media campaign to raise awareness and solidarity among young Europeans.

Christos Stylianides, Commissioner for Humanitarian Aid and Crisis Management said:“Education in emergencies is an absolute priority for the European Union. Since 2015, our support has increased from 1% of the European humanitarian budget in 2015 to 10% in 2019. The European Union is leading by example. It is a global champion of education in emergencies. We are making a concrete investment to peace by helping every child get access to school, anywhere and at all times. Education is the foundation for everything else. It is a protective shield against violence, sexual exploitation, or radicalisation, especially in humanitarian crises. It makes children feel safe and provides them with opportunities for a brighter future.”

Thanks to EU funding, over 6.5 million girls, boys and teachers in 55 crisis-affected countries have benefitted between 2015-2018 from better access to quality education and training since the European Union increased support for children caught up in humanitarian crises.

To raise awareness about the need to guarantee access to education for all crisis-affected girls and boys worldwide, the #RaiseYourPencil campaign was launched today to encourage young Europeans to express solidarity with their peers around the world who cannot go to school because of emergencies. The campaign will run until September 2019 and will cover both the times when young students across European countries finish their school year and when they return to school after the summer break. Using the pencil, a universal symbol for school and learning, the Commission encourages everyone to #RaiseYourPencil on social media to promote #School4All.

Today, close to 75 million children around the world have limited or no access to school because of conflicts or natural disasters. Yet education is not only a fundamental human right but also an essential need for children in emergencies. It is a necessary means of protection, tolerance and hope for children to realise their dreams and build their own future.

As a result, the EU has become a global leader in education in emergencies. The Commission’s funding is delivered through its humanitarian implementing partners, notably NGOs, United Nations agencies, and international organisations carrying out humanitarian projects.

How to spread the message:

1) Take a creative photo with a pencil 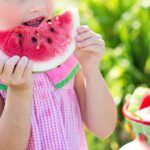 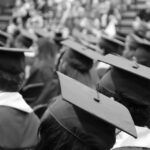