Over 30 000 web domains shut down for intellectual property infringement

Over 30 506 domain names that distributed counterfeit and pirated items over the internet during operation IOS X have been seized. These included counterfeit pharmaceuticals and pirated movies, illegal television streaming, music, software, electronics, and other bogus products.

The investigation was carried out by Law enforcement authorities from 18 EU Member States and third parties in a joint investigation with Europol and the US National Intellectual Property Rights Coordination Centre, facilitated by Eurojust and INTERPOL.

During the investigation, officials arrested 3 suspects, seized 26 000 luxury products (clothes, perfumes), 363 litres of alcoholic beverages, and many hardware devices. They identified and froze more than €150 000 in several bank accounts and online payment platforms.

Europol ’s Intellectual Property Crime Coordinated Coalition (IPC³) supported the investigation on the ground by deploying experts with a mobile office. Europol officers carried out real-time information exchange and cross-checks of the data gathered during the course of the action against Europol’s databases. In addition, IPC3 experts organised several online investigation techniques training courses in intellectual property infringements in 2019 with law enforcement authorities all over Europe.

Measures to make Internet a safer place for consumers

‘In Our Sites’ (IOS), launched in 2014, is the continuation of a recurrent joint global operation that has increased significantly year-on-year. The operation is the result of the comprehensive approach which Europol follows with the aim of making the internet a safer place for consumers, by getting even more countries and private sector partners to participate in this operation and providing referrals.

Europol, supported by the European Union Intellectual Property Office (EUIPO), continued to enhance efforts in 2019 by successfully supporting many high-priority investigations related to online crimes, providing training for online investigations, and organising the conference on Adaptive enforcement initiatives against new IP crime trends in Malaga, Spain on 18 and 19 June 2019.

To raise awareness of this growing threat, Europol’s IPC³ launched the Don’t F***(ake) Up campaign. The campaign aims to inform citizens of the risks of buying fake products online and give advice to help identify illicit websites selling counterfeit goods, as well as other means used by counterfeiters, such as fake social media accounts and fake apps. 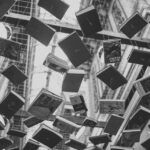