External action: videoconference between Josep Borrell and the heads of EU missions and operations

“The EU has around 5,000 women and men working for 16 crisis management missions and operations deployed on three continents – soon to become 17 with the new civilian mission to be launched in the Central African Republic. They are the beating heart of the EU’s common security and defence policy and often the face of the EU in crisis-zones around the world.” says Borrell. 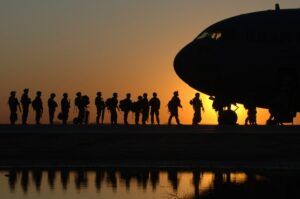 Josep Borrel, High Representative of the European Union for Foreign Affairs and Common Security Policy, published a blog post in which he talks about a conversation he recently held with all the heads of the civil and military missions and operations of the EU through a videoconference in which all the regions where there are currently EU missions and operations were connected.

The commanders, during this videoconference, spoke firsthand about how the missions contribute to the security and stability of the EU and its partners. The tasks carried out in these missions range from border management to the fight against organized crime. In addition, all these tasks are based on UN mandates, maintaining the values ​​of “peace, stability, multilateralism and human rights of the EU”.

This videoconference was “a chance to express my gratitude and admiration for the professionalism of these thousands of women and men who are serving under the European Union’s flag, in difficult and dangerous circumstances,” adds Borrell.

The High Representative also highlighted the increase in tensions and violence in neighboring countries such as Libya and the Sahel; and calls for the need to improve the diplomatic reach of the EU to prevent decisions on EU security from being taken by other countries. He also spoke about the path taken by Europe in terms of strengthening policies and improving security and defense, mentioning the importance of the Pact of the EU Member States to strengthen security and defense policies.

Finally, he stressed the importance of listening to the commanders to offer them what they consider necessary to ensure the success of the missions, in addition to offering the necessary personnel and assets in each of them.