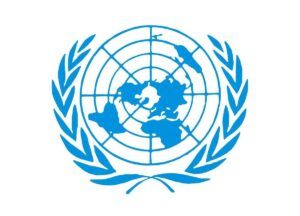 A high-level European Union delegation will be in New York for the 74th United Nations General Assembly this week.

The EU representatives will host and participate in a large number of events and meetings with world leaders. The EU continues to be a leader in global cooperation: joining forces with partners in support of multilateralism to uphold and promote international law and human rights, to support peace and democracy, to promote sustainable development and to stand side-by-side with people in need all over the world.

On Monday, First Vice-President Timmermans and Commissioner Miguel Arias Cañete will join the President of the European Council Donald Tusk at the UN Climate Action Summit following up on the EU’s commitments made under the Paris Agreement to cut emissions by at least 40% by 2030 and on the EU’s progress in developing a climate neutrality strategy. The Commission adopted a Communication last week detailing the EU’s contribution to the Summit.

On Tuesday, First Vice-President Timmermans and High Representative/Vice-President Mogherini will join the President of the European Council Tusk for the opening of the General Debate of the 74th UN General Assembly.

EU Flagship events during the week

The EU will host or co-host a number of flagship events in the margins of the General Assembly:

For the 74th session of the UN General Assembly, the EU will focus on conflict prevention, peace and security; a common positive agenda with the promotion and protection of human rights at the heart of multilateralism; as well as an expanding global engagement on issues such as climate action, the environment, sustainable development goals, and the non-proliferation of weapons of mass destruction. For more details, check the EU’s priorities here.

Factsheet: The EU at the United Nations