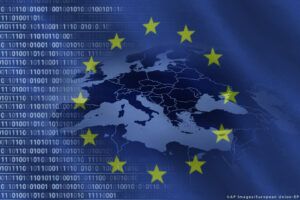 More than two thirds (67%) of internet users in the EU are concerned that online personal data is used to target the political messages they see, undermining the free and fair competition between all political parties.

The EU has launched several measures to protect our data and is working to make sure that the European elections are not distorted by the misuse of European voters’ personal data.

Ahead of the European elections on 23 – 26 May, MEPs are considering new rules to dissuade and penalise European political parties whose members deliberately infringe data protection to influence the outcome of elections.

Parliament’s constitutional affairs committee approved a report on this on 6 December 2018 and all MEPs will have a chance to vote on it on 12 March.

The MEPs responsible for steering the proposal through Parliament hailed the legislation as an important step forward.

How the new rules would work

National data protection supervisory authorities are in charge of monitoring elections at national level. European political parties organise complementary campaigns at European level including those for the lead candidate, which are also sometimes referrred to with the German term spitzenkandidat.

If a national supervisory authority decides that an infringement has occurred, it would have to notify the Authority for European political parties and foundations, which then decides on the penalty.

Procedure
Regulation on the statute and funding of European political parties