Título: 2021 Rule of Law Report - Country Chapter Spain (disponible en Español)
Resumen:The Spanish justice system continues to face some challenges. In particular, the lack of renewal of the Council for the Judiciary persists in the absence of an agreement in Parliament to renew a number of constitutional bodies. A welcome development was the withdrawal of a proposed reform of the system for the selection of its judges-members that would have increased the perception of the Council as vulnerable to politicisation. In this context, calls were made for establishing a system of election of the judges-members of the Council by their peers in line with European standards. It is important that European standards are taken into account and that all relevant stakeholders are consulted. Concerns have also been raised regarding the competence of the Supreme Court for criminal liability of high-level positions, as well as the incompatibilities regime for judges and prosecutors. Several measures to improve the quality of justice have been adopted or are envisaged, such as the revisions of the legal aid system and of the Code of Criminal Procedure, as well as three draft laws on procedural, organisational and digital efficiency. The digitalisation of justice is progressing. There have been efforts to address backlogs such as the creation of new courts, but the low number of judges per inhabitant is a challenge. Concerns in relation to the autonomy of the prosecution service from the Government have been reiterated.
Fecha publicación: 20-07-2021
Autor: Comisión Europea
ISBN / ISSN:
Link: https://bit.ly/2Vgdheg
Palabras clave: Derecho, Unión Europea, Estado del Derecho, 2021, España
Keywords: Law, European Union, Rule of Law, 2021, Spain 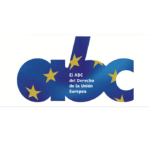 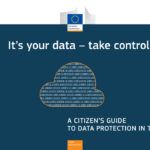